Get fresh music recommendations delivered to your inbox every Friday.
We've updated our Terms of Use. You can review the changes here.

The Sunny Side of the Latch 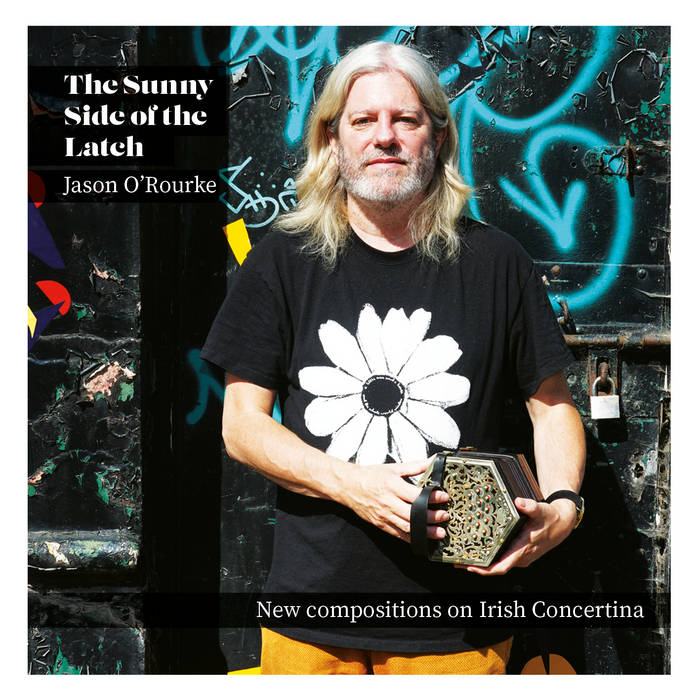 "Traditional music is all about communication and connectivity. It’s almost as if the tunes don’t exist until we play them with people and for people. The fact that this collection has come out of a period where those inter-personal possibilities had been removed is a testament to Jason O’Rourke’s creativity. In his descriptions of the tunes and their titles you can see Jason conjuring up and re-imagining all those human connections that make Irish traditional music such a vibrant art form. It’s all about people and places. Through these tunes we hear Jason reaching out from his adopted home of Belfast, through every corner of Ireland where there’s a good tune to be had, to places as far-flung as Scotland, Italy, India and Cambodia. We hear the echoes of all the musicians past and present that have helped to form Jason’s musical identity.

For me there are three dualities at the heart of Irish traditional music and they are all evident here: it’s a local music that is played and enjoyed all over the globe; at it’s core it’s a solo tradition but it really thrives when played with other people: and it’s an ancient music that is being re-created and re-imagined every day.
I’m really looking forward to having a go at learning some of these tunes as I’m sure we’ll be hearing them in sessions for years to come."

"Jason O’Rourke’s music has matured down the years into a fully cohesive and finely-tuned style; each note executed with pin- pricked precision. He stands on his own merits among concertina players in Ireland and elsewhere, and his music finds full maturity on this outstanding set."
John O'Regan in 'The Living Tradition.' ... more

Bandcamp Daily  your guide to the world of Bandcamp

Hath frontman Frank Albanese stops by on a supersized, year-in-review edition of the Metal Show.